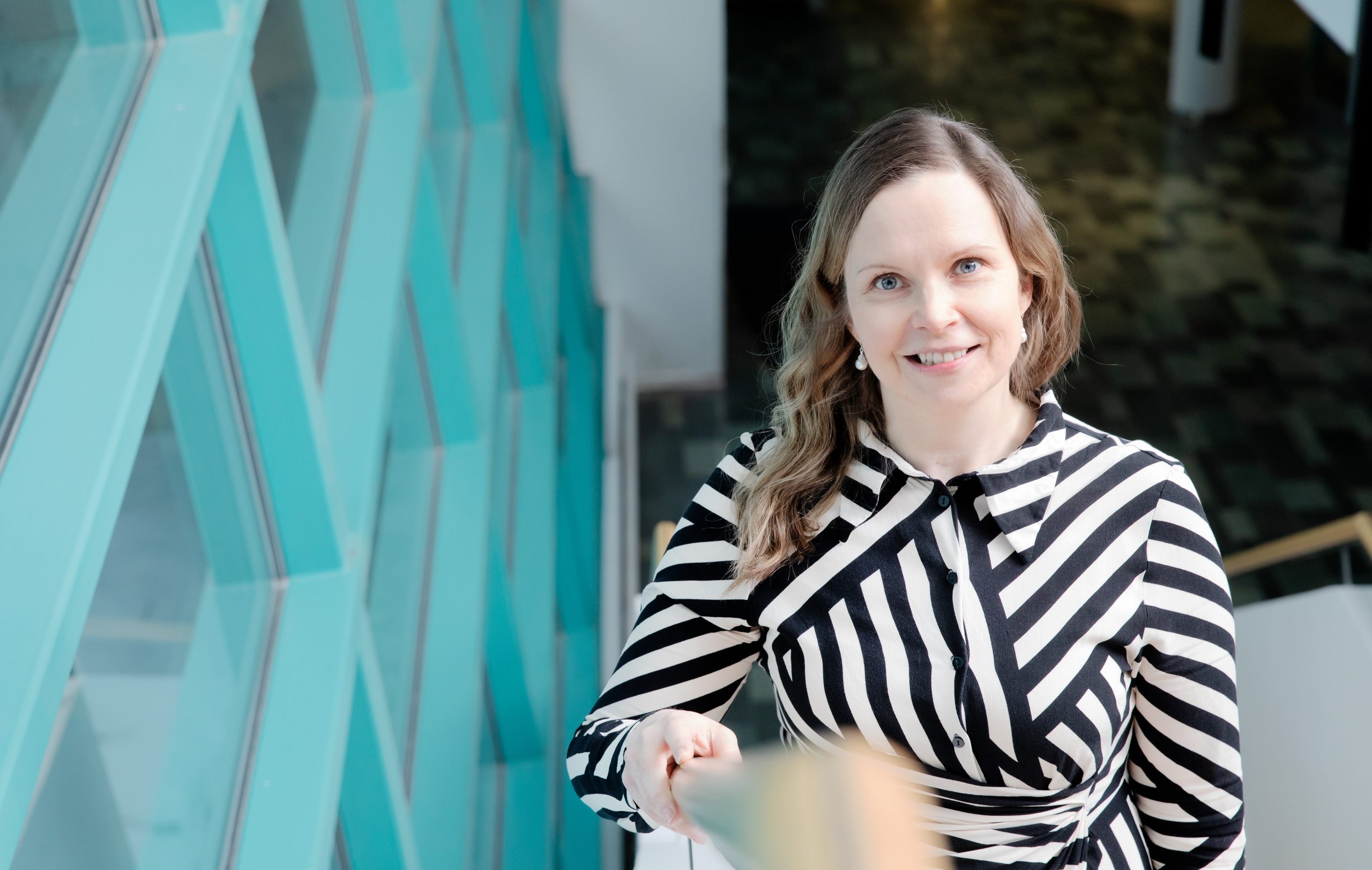 Brain diseases can be studied in nasal cells

“In Alzheimer’s disease, the olfactory mucosa is affected by similar changes as those occurring in the brain,” says UEF’s newly appointed Professor of Cell Neurobiology Katja Kanninen. Among other things, her research group investigates the association of air pollution and the coronavirus with Alzheimer’s disease.

Kanninen was appointed as Professor of Cellular Neurobiology at the University of Eastern Finland in early January. Cellular neurobiology is a relatively new field of research that examines the function of central nervous system cells in healthy tissues, as well as in different diseases.

“My research group is particularly interested in which cellular and molecular mechanisms are disturbed in Alzheimer’s disease, and how different environmental factors and lifestyles affect them. For example, we are studying the role of air pollution, viral infections and exercise. Another important goal is to find ways to anticipate the development of Alzheimer’s disease and perhaps even to slow down its progression.”

Kanninen’s research group at A. I. Virtanen Institute for Molecular Sciences has developed a unique cell model of the human olfactory mucosa. Located in the upper part of the nasal cavity, neurons in the olfactory mucosa transmit the sense of smell to the brain.

“From the viewpoint of brain health, the olfactory mucosa is an interesting tissue because it is connected both to the brain and, via the air we breathe, to our environment. It has been suggested that this is how fine particles and viruses found in the air could enter the brain. Surprisingly little research has been conducted on this topic, but researchers are now starting to get interested and we are frequently contacted for collaboration,” Kanninen says.

Also speaking volumes of the topical nature of this type of research is the fact that the research group has managed to secure significant funding from sources such as the EU and the Academy of Finland.

Olfactory mucosa samples collected in Kuopio University Hospital from cognitively healthy individuals and from individuals with Alzheimer’s disease are used in the group’s research.

Kanninen’s research group has found that in people with Alzheimer’s disease, changes taking place in cells in the olfactory mucosa are similar to those taking place in the brain.

“These similarities indicate that our olfactory mucosa cell model truly reflects the development of Alzheimer’s disease and could also prove useful in testing new drugs, and perhaps even in early diagnostics.”

Exposure to air pollution has been suggested to increase the risk of Alzheimer’s disease. Kanninen’s research group has found that exposure to fine particles weakened the metabolism of olfactory mucosa cells by disrupting the function of mitochondria, i.e., organelles responsible for cellular energy production. “In the future, we will be studying whether a drug could be used to boost mitochondrial function and thus reduce the adverse effects of exposure.”

As far as air pollutants are concerned, Kanninen notes that tiny nanoparticles are the most interesting ones both in terms of the olfactory mucosa and changes occurring in the brain. Due to their very small size, they may be able to penetrate cells and even the brain more easily than larger particles.

“In this type of research, multidisciplinary collaboration is essential. For instance, we collaborate with researchers at the Department of Environmental and Biological Sciences, and they also provide us with air pollution samples for cell exposure experiments.”

Kanninen’s research group is also studying the effects of the coronavirus on the olfactory mucosa and the brain.

“For example, we are interested in whether the virus causes such changes in the function of the olfactory mucosa which could be linked to the neurological symptoms of COVID, such as headache, brain fog and cerebrovascular disorders.”

Using the olfactory mucosa model, the group is also studying whether individuals with Alzheimer’s disease are more susceptible to the adverse effects of the coronavirus due to the production of beta-amyloid, for example.

“The first results can be expected in the coming months.”

“Later on, we will hopefully be able to shed light on whether COVID-19 can contribute to the development of Alzheimer’s disease.”

A new line of research is related to changes in the nasal microbiome in Alzheimer’s disease.

“We already know that brain diseases can cause changes to the oral microbiome, but their effects on the function of the olfactory mucosa have not been studied as much.”

Exercise is known to protect against dementia. Kanninen’s research group has studied the cellular effects of exercise, concluding that exercise promotes the regeneration of astrocytes, which are the brain’s support cells.

“The role of different support cells in brain diseases and as potential targets of treatment has been studied increasingly over the past decade.”

“We recently showed that astrocytes can support the metabolism of neurons by obtaining mitochondria from them. In Alzheimer’s disease, however, this process was disturbed, and neurons were unable to receive support from astrocytes, and were therefore in worse condition. Our future research will focus on examining what causes this disturbance, and how it could be fixed.”

The group also conducts research on environmental exposures in the context of mental health.

“We are involved in an EU project examining how different combinations of environmental exposure are associated with mental health disorders in children and young people. Our role is to analyse blood samples and look for exposure-related biomarkers, possibly even completely new ones, to identify those at risk of developing mental health problems.”